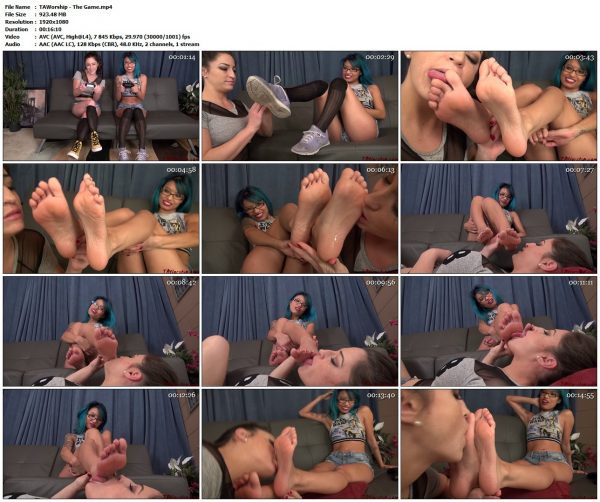 Cleo and Asia are  both gamers and both think they are the best, Cleo is so confident that she challenges Asia to a game and the loser has to declare the other the champion, publicly. Well it doesn't go well for Cleo and she has to keep her end of the bargain but she cannot take the embarrassment. Asia will let her off the hook but she must do something that she really loves in return and that's worship her feet.