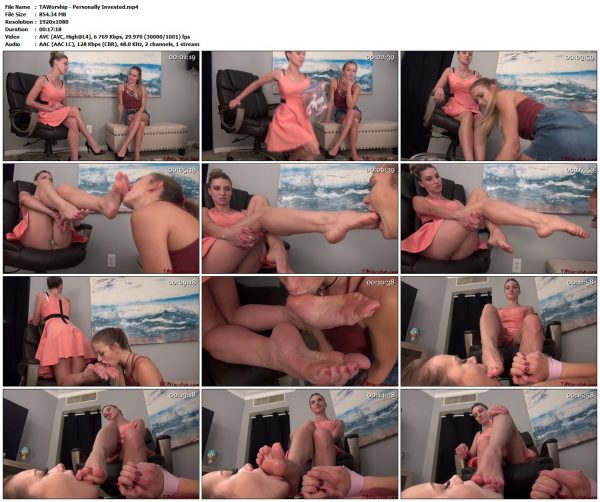 Principal Honey is personally invested in her students, that is her bonus at the end of the school year depends on how well her students perform. Naomi is almost a lost cause but Honey is not going to let one brat ruin her end of year bonus so she has devised an effective punishment throughout her career. She binds Naomi's wrists and ankles and will teach her some humility by having her worship her principal's feet. At first she doesn't get it but soon finds herself surrendering to her own foot lust and to Honey's.