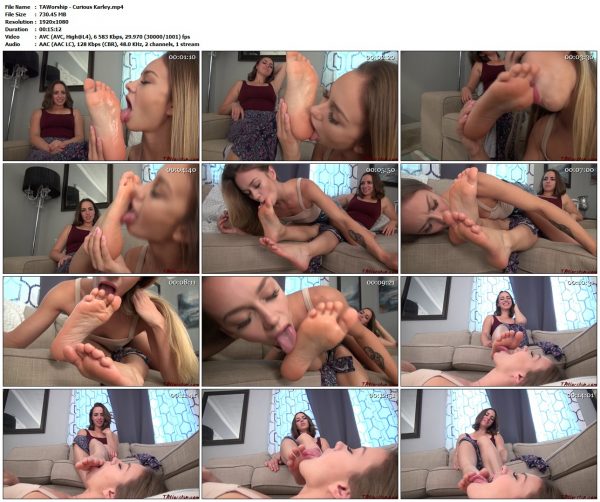 Karley and Naomi are hanging out wondering what to do with their break from school. Karley mentions that she saw a show on TV about foot licking and wondered if Naomi has ever heard of it. Naomi plays it off like she has never heard of such a thing but suggest they should try it! Karley is curious so she lets Naomi have her way with her feet. It definitely proves to be way more fun than watching TV.