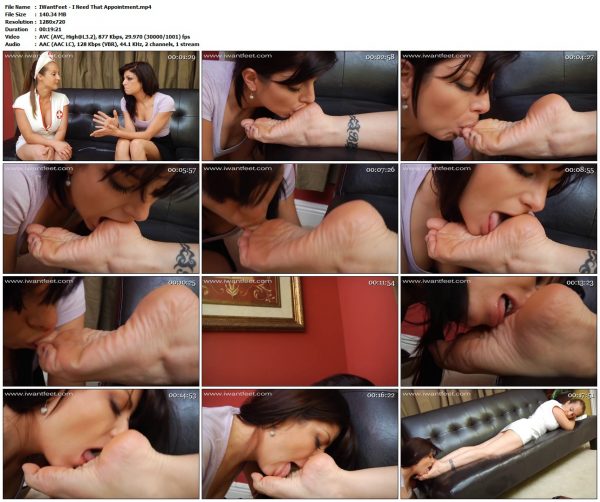 Heidi is sitting patiently in her Doctor's office when nurse Lexi comes out to greet her. Unfortunately she has bad news. Lexi explains that the Dr is behind and overbooked and that Heidi just isn't going to get in today. Heidi is beside herself. She really needs that appointment and it's gotta be today. She tells Lexi desperately that she really has to have the appointment today! She begs Lexi telling her she'll do anything. Lexi confirms, "anything?" and Heidi says yes. Lexi says well you could worship my feet. Heidi is stunned, she's speechless. She doesn't know what to say. Heidi's lack of understanding is clear so Lexi explains what it is she wants done. Heidi is still shocked but knows she's GOT to have the appt so she agrees. Lexi lays on her stomach and gives Heidi her tiny, super wrinkly, pointed little feet and looks back over her shoulder to explain that she must like it and she must believe that Heidi's enjoying too. Heidi starts slow and timid but Lexi doesn't allow that for long. She instructs Heidi to be more aggressive and Heidi really does. Before long Heidi's sexy tongue is bathing Lexi's entire wrinkly soles with her saliva and Heidi's worship IS REALLY HOTT! She is passionately licking up and down her deeply arched, super wrinkly feet as the moans of plesaure begin to seep out of both of them, VERY SEXY! Heidi licks and sucks and kisses Lexi's super sexy feet, devouring them with a slow determined passion that will drive you insane! This goes on for a long time but before Lexi can tell Heidi she's done a good job Dacy enters the waiting room, "what are you doing?"…….How will the girls explain this one? 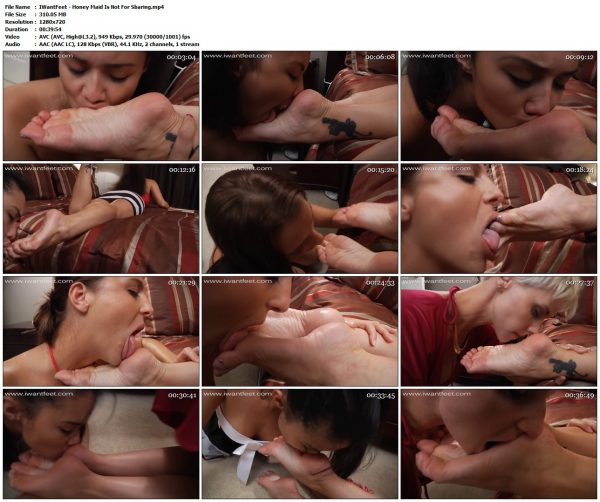 Iliana is Honey's own private slave maid. Simone is the new roommate in the house and she's not aware of all the rules. As Iliana comes in and does some cleaning she asks Simone if she needs anything. Simone brings up the fact that she's seen Iliana worshipping Honey's feet and Simone would like to experience some of that herself. Iliana, very subordinately, informs her that that type of service is for Honey and Honey alone as she is the house master. Simone balks at that and tells her that there are plenty of slave maids out there to replace her for not being compliant. Iliana is reluctant but not ready to challenge a house member. She makes Simone promise that she just won't tell Honey. Simone agrees and then Iliana is off to work. IF YOU''VE NOT SEEN ILIANA WORSHIP THEN YOU NEED TO! She totally devours Simone's feet with a passion unrivaled by anyone you've seen. After a while of this Honey comes walking in. She's pissed and explains the rules to Simone. Honey believes that the only reparation is that Simone worship Honey's feet. Now if you think Iliana is a hot worshipper then wait till you see Simone's mouth and tongue all over Honey's sexy feet. After Honey is satisfied she agrees to let Simone stay but also comments that she herself likes feet and noticed Simone's are quite nice. Honey dives in making them soaking wet. But just a few seconds into it she demanding looks back at Iliana and reminds her "my feet are bare back there so you had better get busy". Iliana jumps on Honey's feet and just totally devours them with long luscious licks and kisses. Smashing her face into Honey's feet as if she might not live if she doesn't while Honey pleasures herself with Simone's. In the end Honey reminds Simone of the rules and agrees that maybe on a special occasion she can have the services of Iliana. HOT HOT SCENE!! 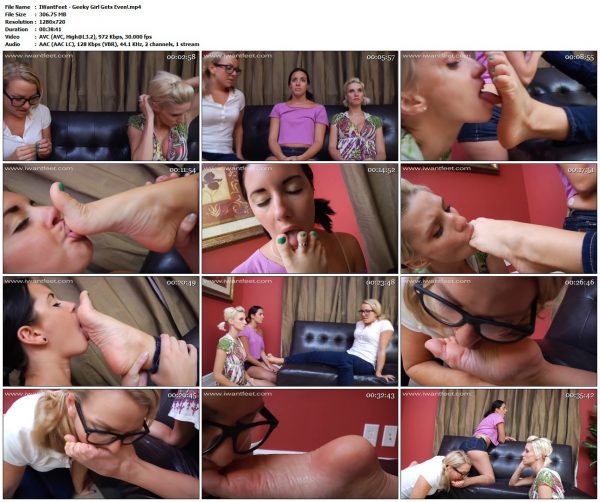 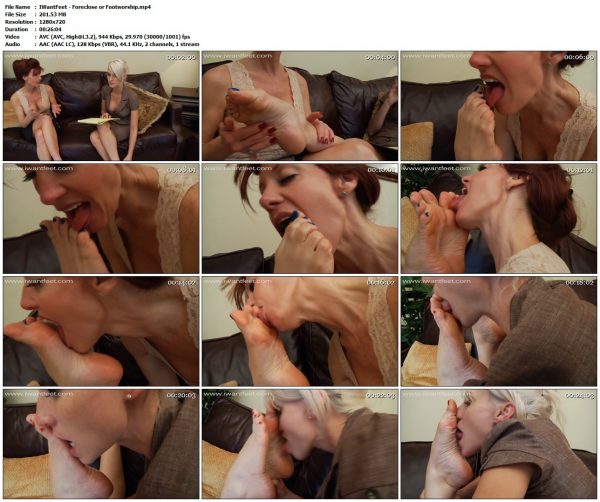 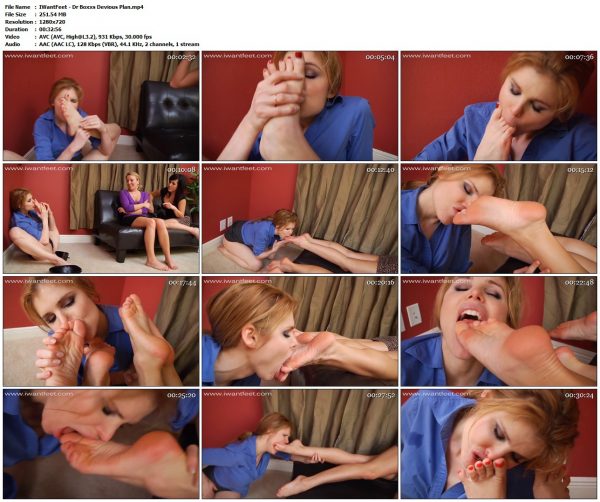 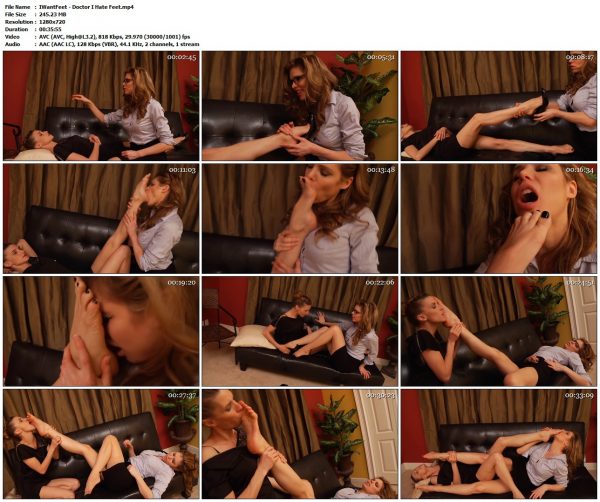 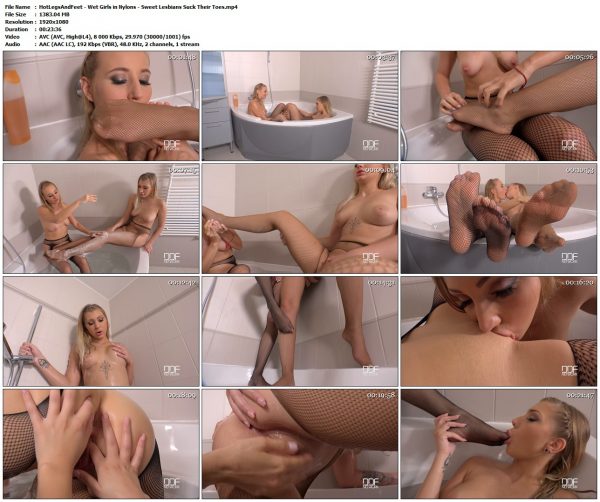 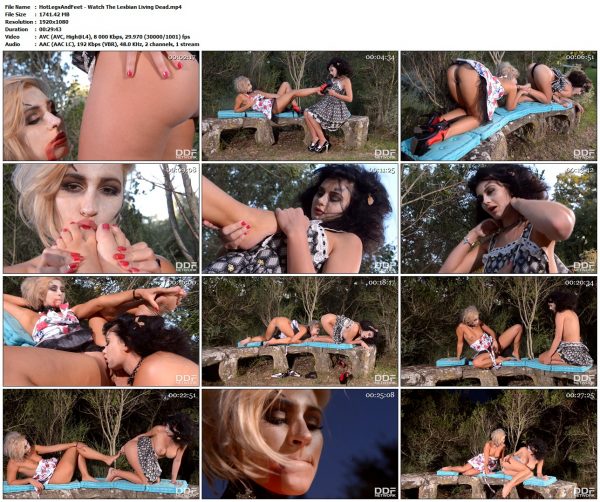 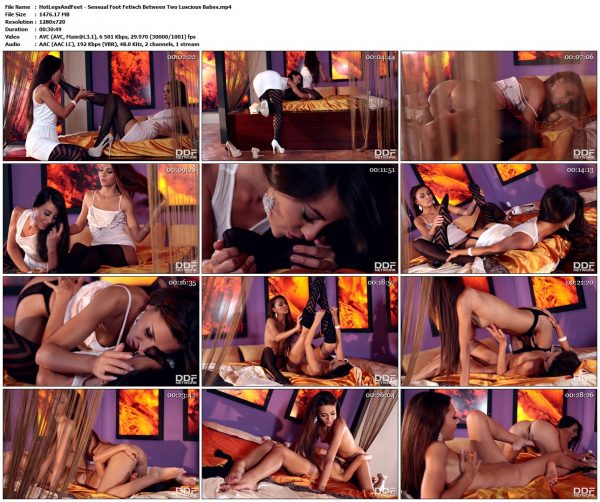 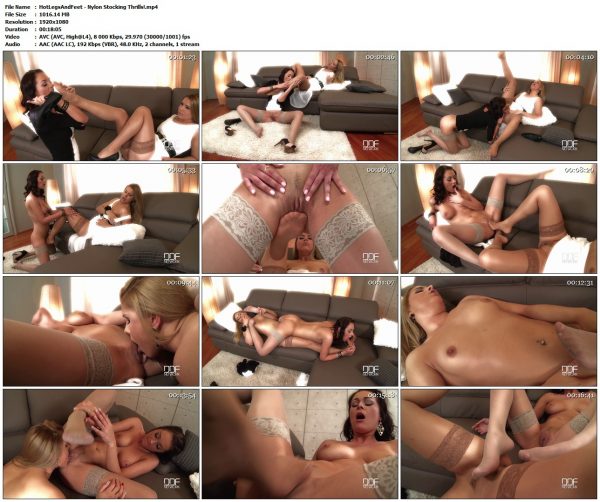