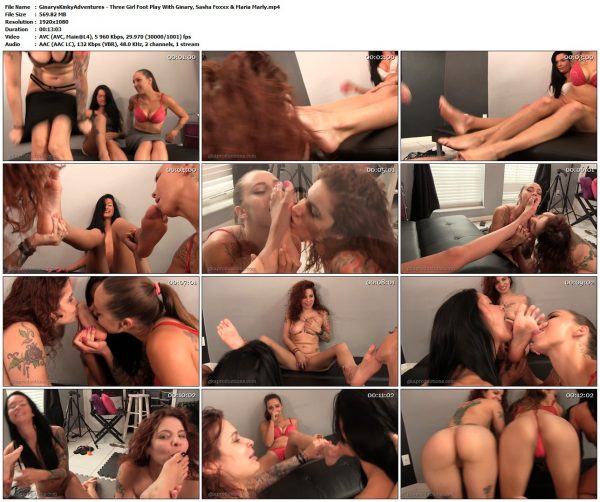 Maria Marley was auditioning for a job with Sasha Foxxx and Ginary. The girl play footsies with each other then strip down to their underwear. Ginary show Maria how its done as she licks and suck on both girls feet. Sasha come down to join Ginary in worshiping Maria’s feet. The girls tongues twirl around each others and click Maria’s sole. Then its time for Maria to show what she can do and she lifts her own foot up to suck on. Ginary and Sasha join her for a foot licking threesome. Ginary is read to be on the recovering end of some foot worship and Maria joins Sasha in worshiping her feet. Finally its Sasha turn to get worshiped and Ginary shoves Maria’s head down onto Sasha’s foot to deep throat it.