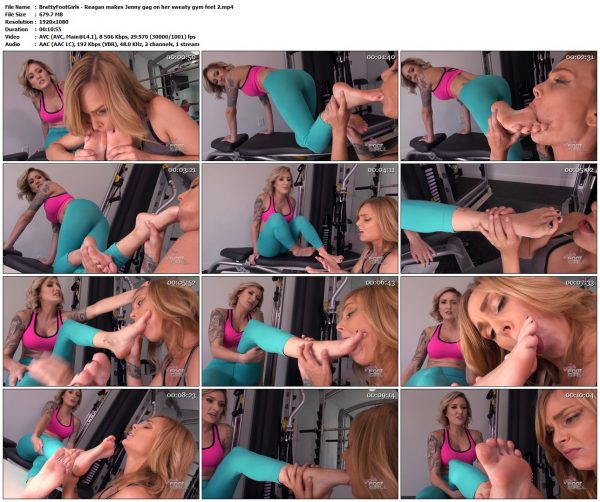 When Jenny doesn't wipe down her gym equipment right in front of Reagan, she gets called out for it. Jenny tries to blow her off but Reagan informs her her dad owns the gym and she'll have her kicked out. Jenny pleads with her not to and says she will wipe down the equipment. It's too late now, Reagan wants her to wipe another type of sweat – Her foot sweat, using her tongue! Jenny is grossed out but Reagan tells her if she doesn't do it she's gonna tell her dad and Jenny will lose her membership. Jenny soon succumbs and Reagan peels off her socks and makes Jenny into her foot bitch. She starts her off by making her lick them clean then gets into the hard foot gagging! Jenny is gonna learn to never leave her sweat around again! Part 2 of 3