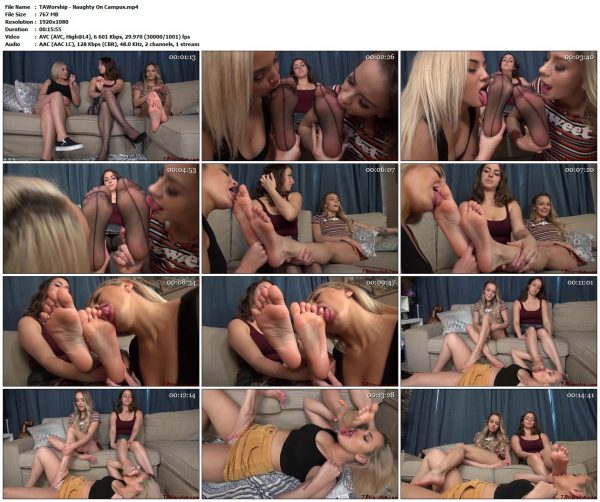 Dean Karley has called in two of the worst behaved students on campus, Naomi and Nika. She wants to expel the girls but has another idea that may teach them some self control. She has both of them worship her feet and wants them to channel their hormones into something less destructive. Since Nika is the worst of the two, she has her worship Noami’s feet and insists that every time she has an urge that she should just suck on Naomi’s feet and she will feel better. Just to make sure Nika will be good for at least a few days, Naomi rubs her pussy with her feet as Nika sucks on Karley’s soles.