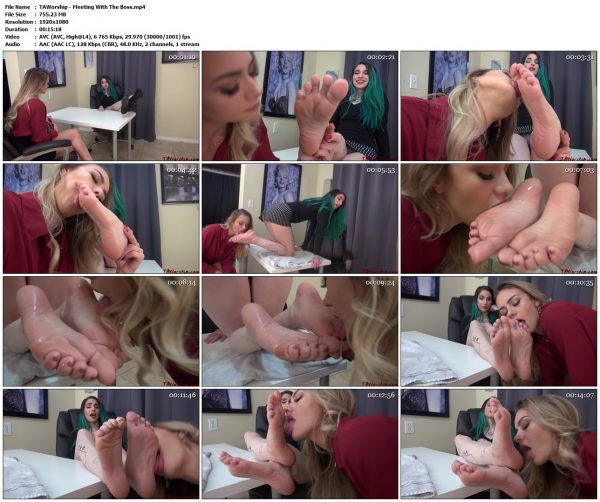 Naomi has been habitually late at work and has pretty much used every excuse in the book. Her boss Sheena has had enough and calls her into a private meeting in her office. Sheena has Naomi right where she wants her. Naomi is desperate to keep her job and knows that her many excuses are BS. Sheen offers her a way to keep her job, namely she must pamper her feet every single time she is late. Naomi gets to it and Sheena is definitely impressed with her skills and even hopes Naomi’s tardiness continues!