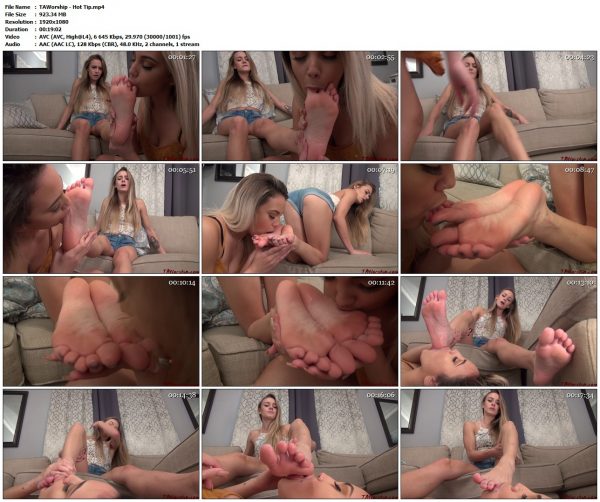 Nika called an UBER and though she has no enough to pay for her ride, she doesn't have enough to tip her sexy driver. Naomi doesn't mind, she has had a long day and her feet are tired. Nika has an idea an offers to give her something better than money for a tip