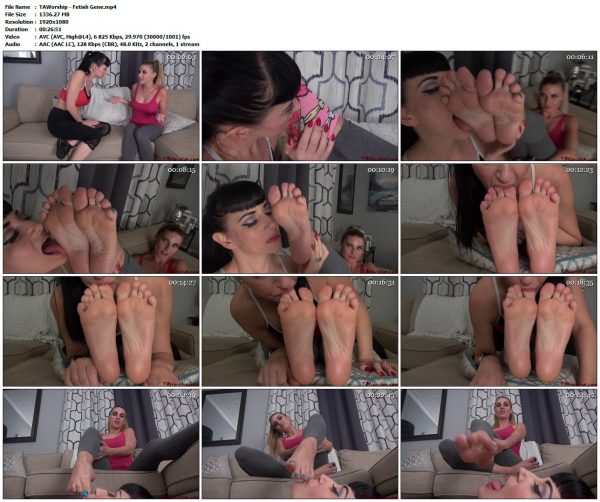 Honey invites her friend Nyxon over to discuss her son's behavior. It seems that Nyxon's son is obsessed with Honey's daughter's feet and she wants Nyxon to have a talk with him. Honey is clueless about foot fetish stuff and assumes that Nyxon's husband must have a foot fetish and that is why her son has one too. Nyxon explains that she thought the fetish gene skipped a generation but she is in fact the one with the foot fetish. Honey is a little surprised to learn that a woman can have a foot fetish and Nyxon is eager to show her! Honey is skeptical at first but soon learns the secret pleasure she has always yearned for as Nyxon strokes her soles, arches and toes with her skillful tongue.