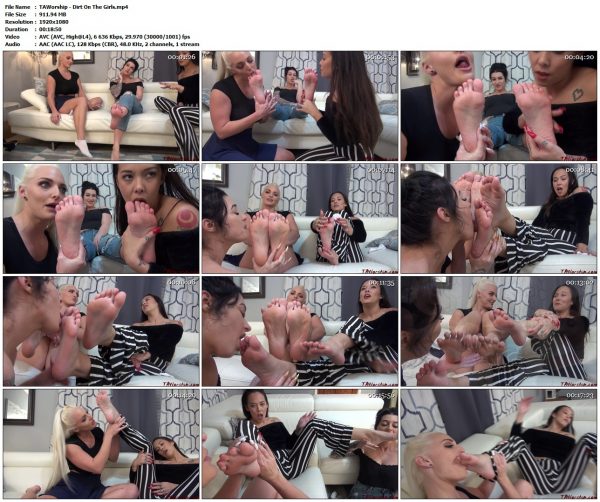 Amethyst is sick of bullies Macy and Meiko always talking about her so she did some undercover work to get some pretty revealing videos of her rivals and now has some real dirt on them, not the made up stuff they say they have on her. So to get even, she makes them worship her feet. But Macy gets a hold of her phone while Amethyst is lost in the worship and deletes the videos, now they have her where they want her. She is forced to worship them both at the same time. Being pretty competitive, Macy thinks that she is the best at worship and with Meiko officiating, she goes head to head with Amethyst and both worship Meiko.