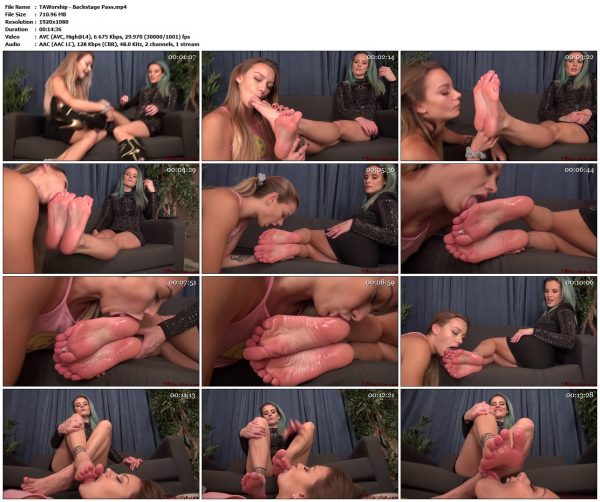 Naomi has gone to a concert to see her favorite pop star. She had hoped to score a backstage pass but couldn't so she sneaks in backstage to finally meet her idol. Sunshine has just performed for hours and her feet are definitely sore, sweaty and tired, just what Naomi wants! Sunshine is curious to know what the hell her young fan wants other than an autograph and Naomi tells her that she has dreamed of meeting her and taking her sexy feet in her mouth. Sunshine doesn't know what to think about that but lets her young fan pamper and soak her feet which in the end turns her on too.