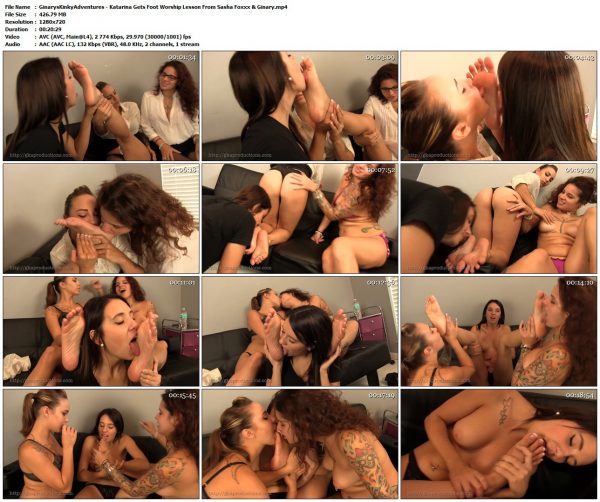 Katarina is willing to do anything to get the job as assistant to Sasha Foxxx and Ginary. Sasha informs her a big part of her job with be worshiping her new bosses feet. Sasha removes her pantyhose to give Katarina an addition. Ginary gets turned on watching but Sasha is not impressed. Sasha has Katarina join her in licking Ginary's foot to try and teach her then decides to let Katarina watch as Ginary and Sasha both worship Sasha's foot. The visual aid pays off as Katarina begins worshiping with much more enthusiasm. Katarina has one last hurtle before she can get the gig. The girls want to taste her feet and make sure they are worthing of assisting them.