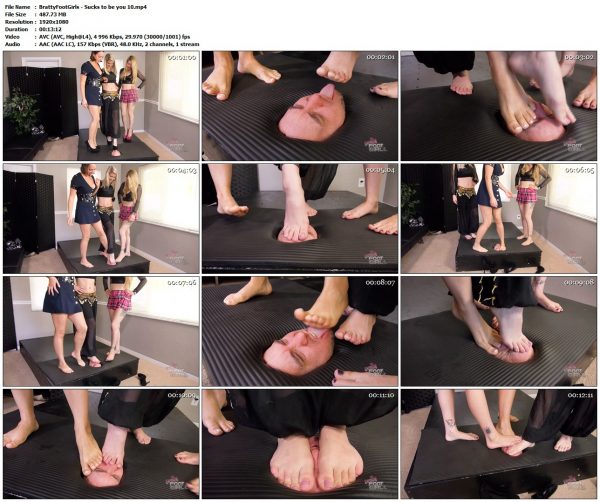 In part 4 of this 10 part series – Jason is dreading which of his ex girlfriends friend are going to come over today to continue his toe-tal humiliation in the facebox. He hear's some giggling and soon he see's it's Cleo and Roxanne! They re decked out in Steelers gear which is strange. Soon it becomes apparent why. They stand over him in their sweaty heels and tells him that his ex Kat's new man Bobby just got drafted by the Steelers! He groans as things are just getting worse and worse for him. They remove their shoes and start jamming their toes deep into his mouth, the salty vinegary taste is almost too much and makes the humiliation that much worse! They mock him and gag him over and over , standing on his face as well to really drive home how pathetic he is in that facebox and he won't be getting out anytime soon!