Last time around, Dacey Harlot foot-tickled sexy Amazon, Ivy Secret into begging and pleading. Dacey knows that we subsist on the concept of tickle revenge, so she’s trying to get out of it. Fortunately for her, she’s very good at worshiping feet, and Ivy has a very big pair of them!

Dacey licks Ivy’s long, size 11 soles and sucks on each of her long, luscious toes. She still has to be mindful not to touch Ivy’s feet the wrong way, with her long, pointy fingernails, but all in all, it’s a welcome break from the tickle Ivy had to endure, last time. Now, it’s just Dacey’s warm, drooling tongue, bathing her tired, sensitive feet! Mmmmm!

Looks like Dacey has sole-licked and toe-sucked her way out of being tickled … this time!

DISNEY/MARVEL PARODY! CUSTOM VIDEO: Captain Marvel returns home from an exhausting deep space mission, only to find crazed fan girl, Kitty Quinn, in her living room, sniffing her spare pair of boots! Weirded out and thoroughly annoyed, the cosmic-powered heroine prepares to throw her out, just as Kitty hands her a gift. The gift is a trap, however, and Captain Marvel soon finds herself powerless and at Kitty’s mercy!

In no time, Kitty has Captain Marvel tied up and gagged with one of her own stinky socks! She props the sexy superheroine’s feet up on a chair and begins sniffing her socked feet! And soon after, both socks are removed and Kitty worships Captain Marvel’s bare feet! She licks the entire length of the tall blonde’s size 9.5 soles as muffled protests escape through her gagged mouth!

Try as she might, Captain Marvel can’t escape. She’s too weakened and without her powers, even a nutty fan girl like Kitty can easily overpower her … and apparently have her way with her feet! Can our heroine escape? Will Kitty be blasted into atoms, for such an effrontery? Find out now, in this hilarious, customer-written foot fantasy!

Lily’s big step-sister Macy makes her life hell at home at school, always bullying her and telling her what to do. Well Lily has some dirt on Macy and video to prove it. For once in her life Lily has the upper hand and Macy will have to do what she says. She tells her that she must worship her feet if she doesn’t want step-mom and step-dad to find out and Macy reluctantly agrees. However, Macy discovers that little step-sister’s feet aren’t that bad and starts to really enjoy it. 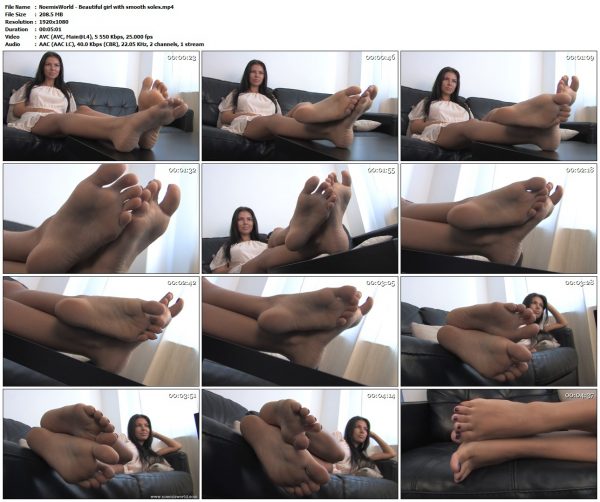 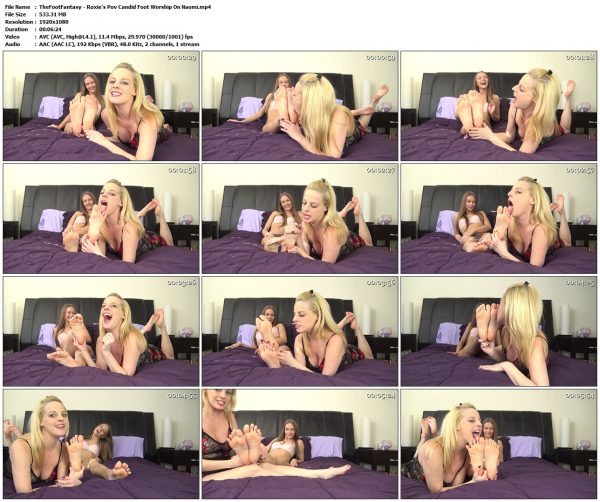 Roxie Rae has got Naomi Swann in her bed and she's been waiting to worship the feet of this sexy and blonde Newbie. Roxie can't wait any longer as she takes Naomi's size 7 feet in her hands showing them off to you. Roxie has Naomi wrinkle her soles, wiggle her toes, and then tickles her soft feet. Naomi laughs but Roxie is ready to make her feel good as she raises Naomi's foot to her mouth and Licks. Naomi's feet taste delicious as Roxie Foot Worships her Licking and sucking on her feet, kissing the soles and toes while letting you watch.