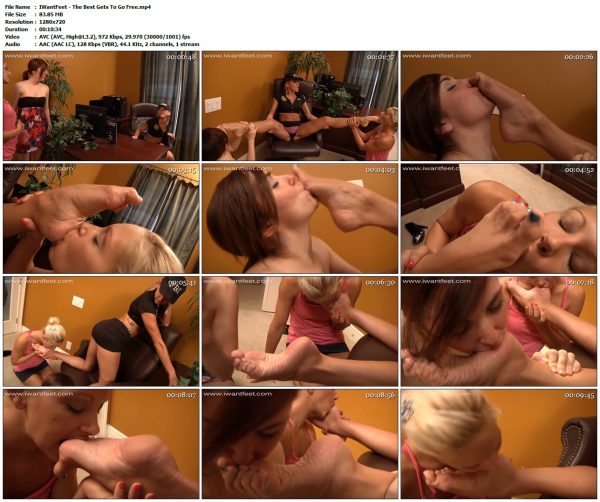 Summer and Kristen are in trouble. They have both turned states evidence to put another person away, however, they themselves are not out of trouble with the law!! FBI agent Tay has to decide which one gets immunity because they really only need one of them and don't make it a habbit to let crimials off even if they are helping the law! Tay informs them that they both have to worship her feet in a competition to see who will go free and who goes to jail. It's all on the line and Summer and Kristen get down on the floor and totally devour Tay bare feet. Sucking, licking, biting, kissing by both girls is pretty intense as they worship for their very freedom! In the end though, Tay tells them that there was another witness that was involved and…..well…..she didn't really need them anyway!! What a bitch but hey who could blame her?