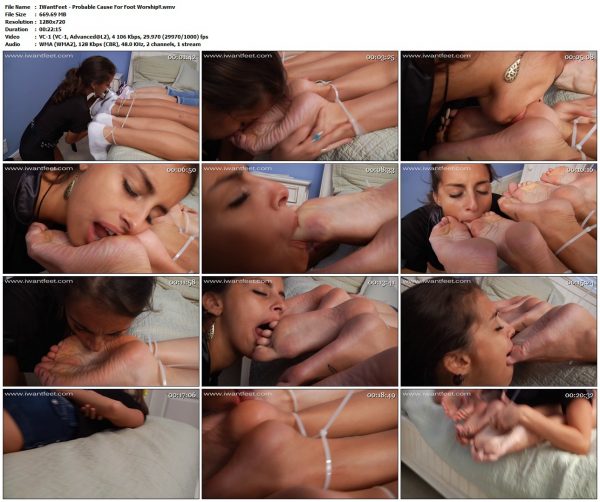 Sexy young officer Ava has been watching her neighbors for quite a while. Yearning for their feet!! It just so happens that at her last shift meeting she learned of a team of female bank robbers that just so happened to loosely fit the description of her neighbors. Ava hatched a plan and that's where we pick things up. Ava is finishing applying the zip tie restraints to Tay, Danica and Jackie!! She calls in the details of the girls she's detained and instructed dispatch to give her about 30 minutes to process them before having backup arrive. Ava kneels down in front of the bound and gagged girls and removes her glasses. She asks the girls if they recognize her as their neighbor from upstairs. The girls mumble through their gags something unintelligible. Ava doesn't really care but she goes on to explain why she's detained and restrained the girls and admits that she's pretty sure they aren't the culprits but nevertheless it's given her a chance to do something she's ALWAYS wanted to do. She explains that it's "protocol" to "pat the girls down" and she goes through the motions doing so. At least until she reaches their feet!! She explains that there could be weapons or other things of concern hidden in their shoes or socks. She begins to remove all the girls' shoes and then their socks. At this point Ava makes it abundantly clear what it is that she really wants from the girls as buries her face in the soles of all of their feet!!! Ava goes off and begins a deep passionate devouring of all the girls' bare feet! She makes them point their toes for her so she can run her tongue over and wrap her mouth around all those wrinkly soles she's been obsessing about for so long! Ava really goes after each and every one of their feet. Trying to actually swallow their feet whole as she jams as much of each of their feet into her mouth as she can fit. After a VERY long and VERY sexy worshipping Ava things maybe it wouldn't hurt to have a little interrogation session. She gets up and lays down across all of their legs and begins to tickle torture them as she questions them about their possible involvement in the reported robbery. After she gets a good dose of tickling in she says that she thinks she hears backup and rushes out of the room leaving the girls tied up and helpless!!! Super super SEXY video!!