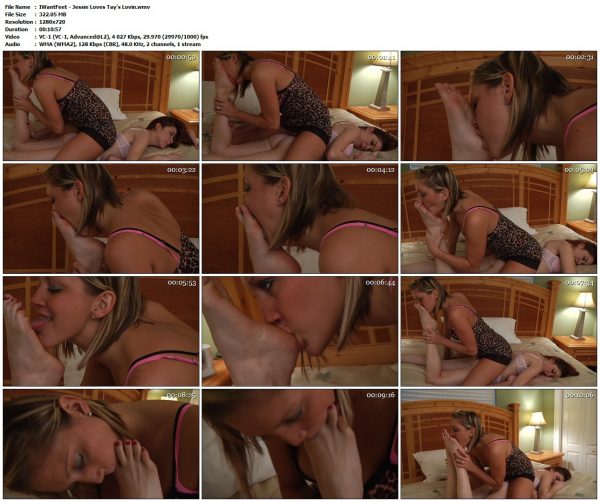 Jessie is overwhelmed. You can tell by the look on her face and the sounds coming out of her mouth. But why wouldn't she be? No girl LOVES feet quite like Tay does. Jessie has never ever had her feet worshipped before and it seems clear that she'll be searching for anyone to do it after feeling what foot lovin' is like with Tay! Tay totally devours Jessie's feet in a way only Tay can do it. Jessie's soles are soft and now they're nice and moist from Tay's kissing, licking, sucking and nibbling. Jessie's toes don't go unnoticed either. Jessie is probably chasing Tay around right now for some more!