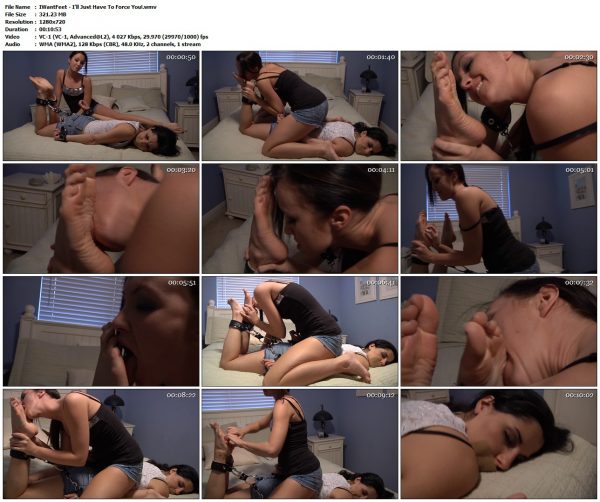 Lea has been trying to get at Jazmin's feet for a while now. She just hasn't been successful. We enter to find Jazmin hogtied and tape gagged struggling on the bed. Lea walks in and takes a seat on the bed as she lightly touches Jazmin's feet. Jazmin protests under her gag as Lea explains that she's tried to get Jazmin to let her massage and caress her feet but Jazmin has been too stubborn and so Lea has taken matters into her own hands. She begins to worship Jazmin's feet as Jazmin protests through the tape gag. Lea has a wonderful way with feet and before it's all done it would appear Jazmin has had an attitude adjustment!