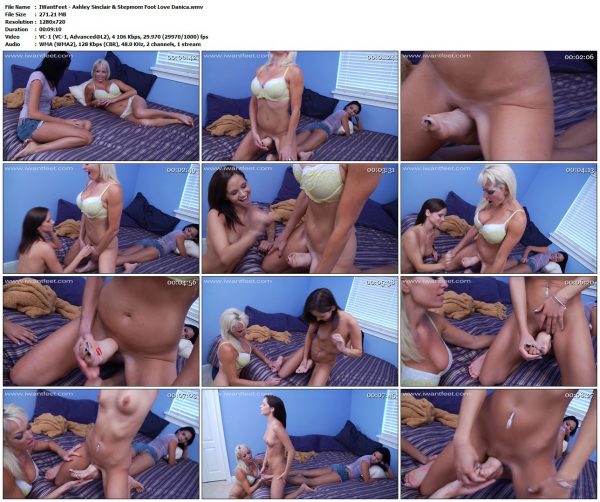 This is actually getting a bit ahead of the story but Ashley Sinclair and her stepmom Mia and Danica had a little foot encounter the other night. It was turned out to be quite a festive and enjoyable experience for everyone involved. Well Danica arrived at Ashley's for a visit but she wasn't home. Mia was there however waiting for Danica in Ashley's room. She told her that she had a great time the other night and Danica agreed. Mia told her that she had some other "things" she wanted to do that eve but didn't get a chance to and wondered if Danica would like to try now. Danica agreed and so Mia has her roll over and tells her to just relax. Mia climbs on top of her foot as she pulls her pointed wrinkly sole up into her tickling her a little to make her point and wiggle as Mia forces her heel up inside of her as she rides it to ecstasy. Meanwhile Ashley enters the room to see this all happening. She's curious and begins almost immediately to get undressed. She sits on the floor to watch and tickle and caress Danica's sole as Mia continues to get off! Ashley and her stepmom have a loving embrace and after Mia is finished having her fun Ashley climbs onto Danica's other foot to enjoy the same experience. Danica learns a new type of "foot love" as we get to watch how girls can "enjoy" feet for themselves other than just putting them in their mouths!