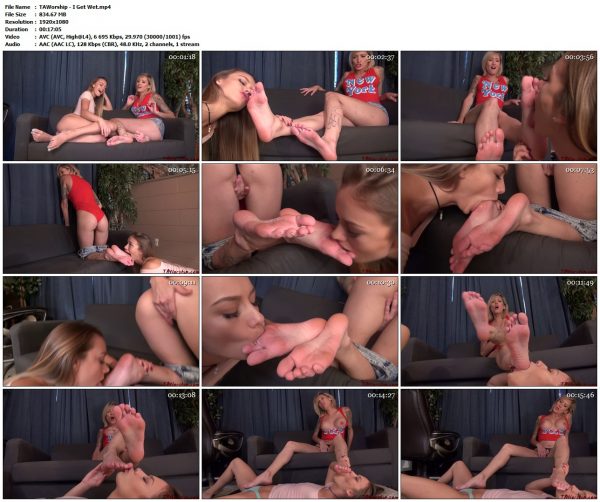 Regan and Naomi are hanging out, just having a girls night in. Naomi accidentally touches Regan's feet and Regan right away tells her to be careful. Naomi is curious so Regan reluctantly tells her that her feet are so sensitive that even touching them is like touching her clit. Naomi cannot believe it and definitely wants to investigate further! She takes her friend's feet in her mouth and its definitely true, Regan cannot contain herself as Naomi sucks on her sensitive feet. Regan touches herself too and eventually starts to rub on Naomi's pussy with her free foot as Naomi sucks on the other.